This morning after playing the worship service at Aldersgate, UMC we traveled to Plimoth Plantation in Plymoth, MA (and yes, they did spell it with an "i").  This is a very cool place to go. It is a premier living history museum that has a Wampanoag Homesite and a 17th century English village. You can read about it in the ringers' blog. 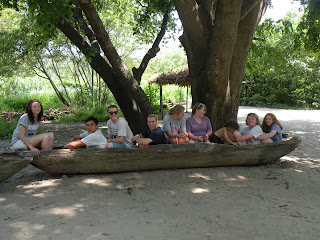 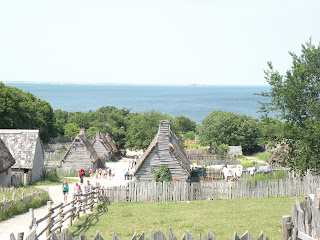 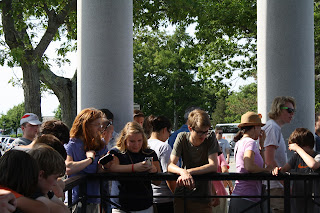 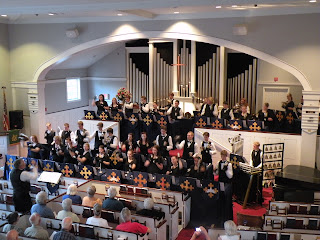 Notes from the ringers:

Yesterday, all of us bell ringers, chaperones, and bus driver went to visit Plymouth Plantation, the actual city of Plymouth, and played a concert at the Pilgrim Church of Duxbury, MA. The Plymouth Plantation was so cool, and amazing to go to. We got to visit a village of the Wampanoag, the Indians that were there before the English men came to America. There were people actually dressed up as the Indians back then and told us how they lived and such, and answered our questions. The next stop was the English village of the first Plymouth. The people there were dressed as English people. The only difference was the people dressed as Indians, they talked in modern day voices. The people dressed as English people, talked and used body language like the English people back in 1620, with a bit of an Irish accent. Our concert in the Pilgrim Church was so amazing, and so well. It was one of our best concerts on this tour. This tour has been so much fun, and so amazing. I loved making so many friendships, and its now off to New York. Missing everyone back at home.  See you in a few days.
--Peachy

Seeing Massachusetts for the first time has been so fun, but going to Plymouth Plantation, Plymouth Rock, and playing in the Pilgrim Church of Duxbury was extraordinarily fun. Seeing everything  being re-created from when the Pilgrims arrived. I loved seeing the Wampanoag and their little home that they re-created, you could see how they made their canoes, huts, and more. Walking down the small trail to the English village was super green and pretty, seeing the nature was absolutely stunning and peaceful! Entering the English village was awesome they had cool looking chickens, awesome bulls, cute goats along with a baby goat! I loved the way the talked in their accent, it was super fun. Leaving Plymouth Plantation and going to Plymouth Rock was a short and to see the rock being well guard was interesting but I personally thought they over did the barrier its just an important rock, but oh well! It was still fun to see the rock!
-Katya

The church we played at last night was truly beautiful and amazing to perform in. I stayed in a host home that used to be a small inn that had belonged to our host’s aunt, who had died at the age of 103 years. Each of us got our own rooms (which is rare on tour, especially at a home with four other ringers), and the room I stayed in had a balcony which I could go and sit on, relishing the cool breeze and fresh air after a long, hot day of sight-seeing and playing bells. Our hosts were so sweet, and it was so interesting to hear about their travels for three weeks in Europe, and meet their adorable golden retriever. It was definitely one of my favorite host homes this tour, and some of the most interesting people I have met so far. I am really going to miss these kinds of experiences.
-Emma

Email ThisBlogThis!Share to TwitterShare to FacebookShare to Pinterest
Labels: 2013 Tour